The 60th playing of the match between Scotland and England took place at Frilford Heath Golf Club near Oxford.  This is a tremendous 54 hole layout surrounded by practice facilities of every kind.

Most of the Scottish team took advantage of a warm up game on the Green Course on the Saturday as a means of shaking out the tired muscles after typically a 400 miles drive. A relaxed meal in the hotel was followed by a (very) few drinks and an early bed.

Both teams were entertained to lunch at the club prior to the match commencing and despite the Scots having risen from breakfast barely an hour before, the full ploughmans lunch was given due consideration.  The first day of the match was played over the Blue course and it was well named as the first five holes seemed to have more water than grass. When the dust settled and all the usual excuses and commiserations were given both teams were probably happy with a four all draw.

Day two dawned bright and a change to the schedule saw a much appreciated early start on the Red course.  Whilst the three courses exhibited similarlities in their layouts the lightning fast greens of the first day seemed much more subdued on day two and several players struggled to find the pace.

Some games which had seemed secure out in the country experienced remarkable turn arounds and when the last team straggled into the clubhouse the final result was a win for England by 8.5 matches to 7.5.

A leisurely refreshment  was followed by a quick trip back to the hotel and a change for dinner before being bussed back to the club for the formal dinner.

Both Captains gave suitable speeches which each contained sufficient sympathy and congratulations to fullfill the ettiquette of the game and the Scottish Captain, Keith Nicholson presented the Partridge Trophy to the National, and English, Captain John Smith.

Thanks were expressed to John Edgington for his excellent organisation of the event and both teams parted with the promise to resume the contest next year. 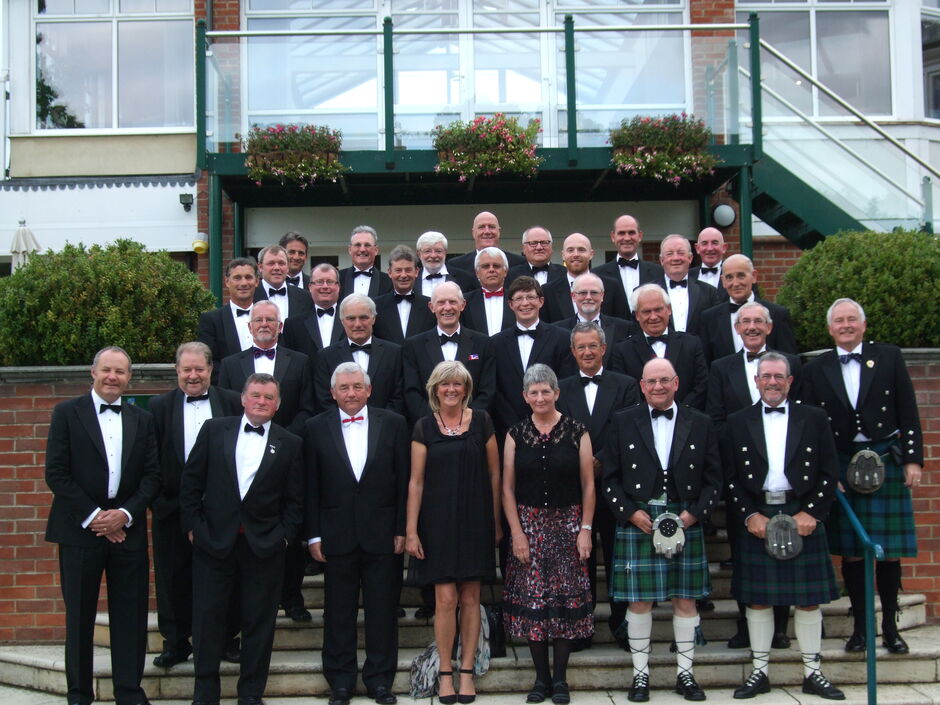