This match was held midweek for the first time due to shortage of hotel accommodation near the host club.  There were concerns that perhaps the fixture would suffer accordingly but these proved to be unfounded.

Scotland fielded a team containing many of the regular attendees whilst England seemed to have stimulated more new blood as a result perhaps of last year’s victory.

A practice round was offered on the Tuesday and those taking up the option quickly realised why Lanark had been a regular host of Open Championship Qualifying.  Severe rough and some precarious pin positions were scary enough but the host Manager, George Cuthill, upped the ante on match days by ironing the greens.  This led to some surreal happenings such as putts going forty yards back down the fairway and some groups declaring an honourable halved hole when every player had four putts and still failed to hole out.

The first day of the match dawned and, on completion of play, both teams were relatively content with a four all draw.

Day two however brought some threatening skies but the weather held albeit better than some player’s nerves.  Some matches were ‘stolen against the head’ whilst others slipped from their grasp.  Day two again finished four all making the final result an eight all draw.  This of course meant that England retained ownership of the Partridge Trophy having won in 2012.

At a splendid dinner in the Lanark clubhouse, host Captain, John Hughes welcomed everyone and gave a highly pertinent and amusing recitation to all present.  National Captain Frank Clapp and Scottish Team Manager Barry Knowles were both effusive in their praise for the club and the courtesy and friendliness shown by the Club manager and all of the bar and catering staff throughout the duration of the match.

Barry Knowles then presented the trophy with as much grace as he could muster and Frank Clapp clutched it to his breast like a long lost friend (which it had been for many years).

Both teams completed the annual ritual of signing the ‘English bible’ and had the match photographs taken for posterity.

An extended period of friendship and fellowship ensued (perhaps long into the night) with everyone looking forward to next years match.

The individual match results are shown below with the gallery of photographs. 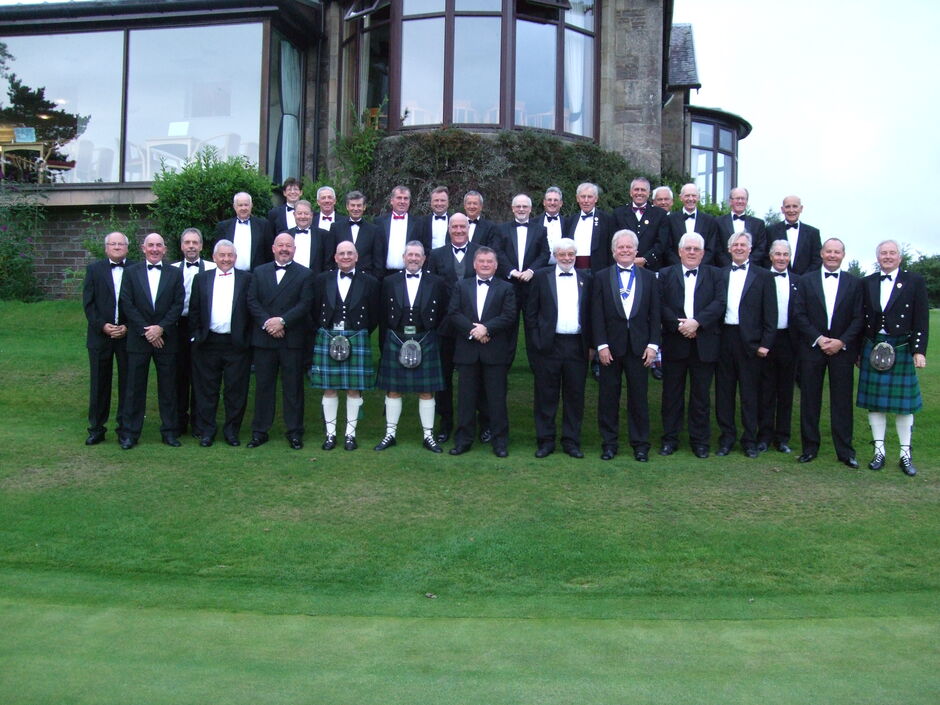