This match was held at Bedlingtonshire Golf Club on Tuesday 10th June.

Several Scottish team members drove through some severe rain enroute to the course but the hosts managed to lay on wall to wall sunshine for the match.  That said the storm clouds gathered over the Scottish team as they were handed a comprehensive beating by their English counterparts.

Both teams fielded depleted teams and the Scots even had to field a guest who coincidentaly managed to contribute to the only full point the Scottish side won!

After the match the usual period of fellowship was enjoyed on the patio overlooking the last green and following an enjoyable dinner Keith Nicholson graciously handed over the trophy to the English Captain. 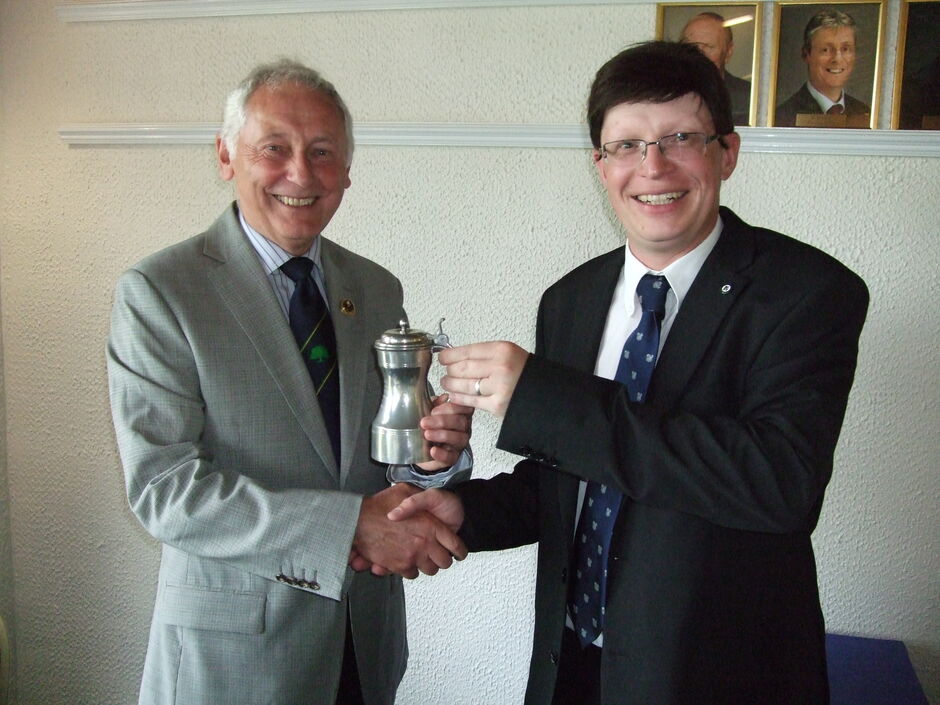 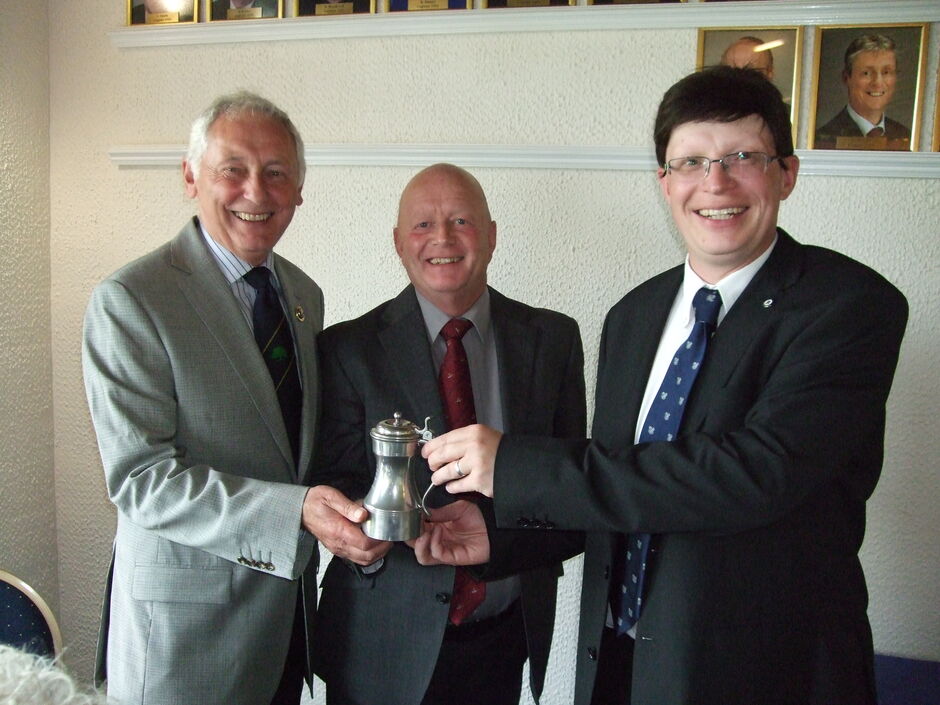