The 2014 match against our Celtic cousins was held at Malone Golf Club in Belfast.

The Scots, ever eager to make the most of the trip travelled over the day before the match and enjoyed a practice round on the course.  Some of the Irish team arrived in the evening for the other important element of the trip, the bar!

Day 1 of the match was a relatively close affair (as far as the Irish match goes) with the hosts closing out with a 3.5 to 2.5 lead.  That said the scores in the Scottish successes were tight whilst there were several severe spankings handed out by the Irish in their wins.

Day 2 reverted to type with the Irish cantering over the line by 4.5 matches to 1.5 giving an overall result of 8 to 4 for the Irish.  The full result is shown below.

It is perhaps an oxymoron (yes I did look it up) but one of those Scots who held his head high, was the everpresent John Allan.(in the company of Keith Nicholson) securing two points from two.

The Scots boys enjoyed a round at Belvoir Park en route to the ferry.

Photographs of the trip, courtesy of Barry Knowles, are also included. 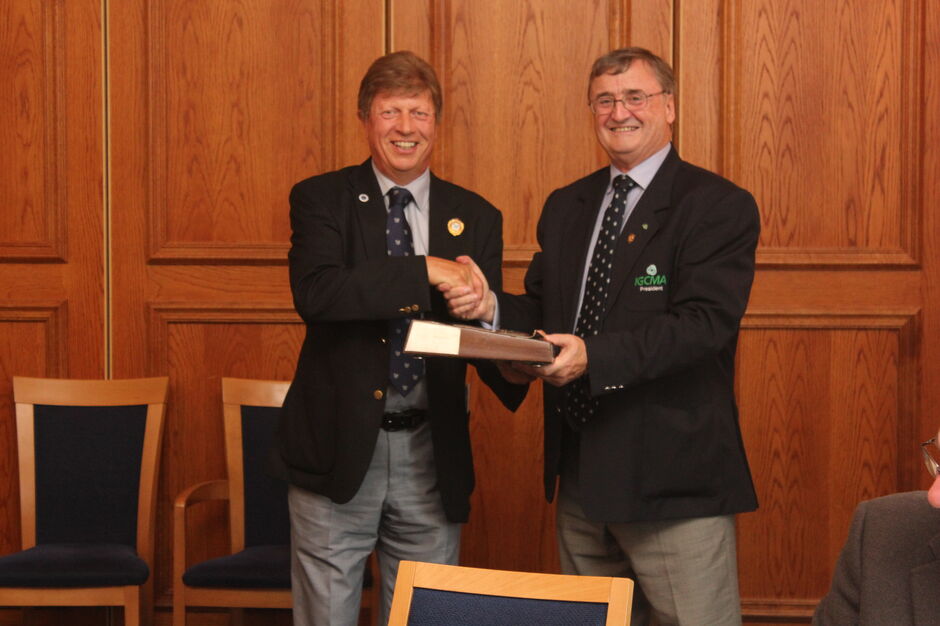