The 2013 match against the Irish was held at Machrihanish Dunes on 8th and 9th of September.  We received another drubbing from the Irish as the match result below shows.  Photographs courtesy of Michael Walsh and these may be supplemented by further offerings from the Scottish team.

Apologies, but I cannot get the photo of the combined teams into the page!!!! (I'm still working on it).

Below is the report issued by Michael Walsh the Irish President who admits it is largely tongue in cheek!

The match against the Scottish Secretaries is always a good one but this one was exceptional. Jim Melody had been going on about just how good this place was before we left. Boy did he get it right! We arrived at Ballycastle to take the “Kintyre Express” across the Irish Sea. It looked to all intents and purposes like a large rowing boat but with  a roof.  “ We’ll never all fit it that “ said one procrastinator of doom. But yes we did – and all our golf bags and our luggage and finally ourselves too, 12 of us plus 2 crew. The trip was uneventful, if exhilarating  and we were  in Campbeltown in  one hour and 15 minutes. The trip included transport to the Ugadale Hotel & Cottages.  We checked in and there was a hotel bus to take us to Macrahannish Dunes for a “practice round” Michael Moss and myself took on John McCormack & Roger Kennedy and only two superb pars on the last two holes saved us from losing money. It rained a bit but nothing serious. We were all impressed with the course, even though we had only played 9 holes. The Scots had of course played 18 so they had a distinct advantage going into the match. It didn’t do them any good though. On a bright and slightly breezy Sunday morning we took to the course and when the dust had settled, we were ahead by 5 games to 1. The fact that two games finished on the 18th and two more on the 17th was irrelevant. The Scots were clutching at straws if they thought they could overcome that. And so it proved.

Our pairings gelled and worked well together. Matt Sands and Michael Delaney renewed an old partnership, and while it wobbled a bit on Day 1, the faith in the selection was repaid on Day 2, where they had the honour of securing the match for Ireland. Gerry Coleman & Jim Melody proved a real handful taking down the Scottish bankers, Eddie Comerford and Scotty Miller on Day two, on the 18th after a ding dong battle. Gerry had sunk a monstrous 50 footer to go ahead on the 16th, after which there was much high fiving, fist pumping and hand clenching and that was just Gerry!!.             “ Sure wasn’t that what he was meant to do “ said Jim, when interviewed later  for “Another Quiet Day in Macrahannish”, the local radio news show.

Michael Moss & Colin McInerney combined well, winning one and losing one over the two days. Mossie’s early doubts about this new fledging partnership were soon dispelled and he was waxing lyrical  much later that evening about his new partner. Phew!! Mossie is out to nine now, which makes him even more formidable with those extra shots. Roger Kennedy and Hilary Madden combined well, as they should, being two Munster men, and the veterans of the party, Tom Prendergast and Barry Ramsey more than acquitted themselves. The fast becoming legend that is John McCormack played with myself and while we got a wee scare on Sunday, only winning 3&1, we crushed the Scottish Captain Ian Neil  & last year’s  Captain,  Barry Knowles, on Monday  6&5. In the process and almost unnoticed by us all, John shot a magnificent 75 around a really challenging links, playing the back nine in level Par. Just shows what a few drams taken at the appropriate moment, can do for your scoring the following day!

To be fair to the Scots, they took their now ritual humiliation really well. After all if you haven’t won for 10 years, the only thing to do is enjoy the craic. And they certainly did that. It’s hard not to laugh when the Commander, aka David Sandford, is around and they were most gracious in defeat.

T here followed the traditional closing dinner, team photographs and presentation of the trophy. We then retired to the Old Clubhouse Bar. It very kindly provided one guitar and as I had brought one as well, we proceeded to win the singing contest hands down. Out from under the bushel came the new singing sensation and  guitarist that is Colin McInerney- Leading off with” Mull of Kintyre”, as you do, and followed by Scotty Millers’s favourite song” The Fields of Athenry”( he’s a Ranger’s Supporter!!) the evening just got better and better. Hilary brought the house down with his now famous rendition of “Patricia the Stripper” and a Rock and Roll medley brought another trip to an end as we closed the bar in the process. Much fun and wee drams all round.

Tuesday saw us with an early start again  to play the famous Old Macrahnnish, founded in 1876. What  a pleasure!. The first hole is one of the most famous opening holes in the world as you drive  across the sea to a distant fairway. As we played this magnificent course, we could see the white horses on the sea. “ Could be rough going home ,boys” said John McCormack. He was wrong. It was much rougher than rough. We were shaken, stirred and generally thrown about for two hours, but our Captain, Hayden, got us home in one piece, albeit a trifle shaky for a while afterwards.

Macrahannish  Dunes is a wonderful work of art. The designer, David McLay Kidd, took the land as presented, constructed tees and greens in natural locations, using the contours of the land to shape the course, cut the existing grass for fairways and let play commence. The result is a stunning piece of golf architecture that looks as it has been there for a hundred years, instead of the three years that it actually is.  You meander though the dunes from green to tee, there are a succession of blind shots in keeping with the tradition of old style links golf, the grasses are all natural and all the bunkers are natural pits of sand. You’ll climb a lot, up and down along the undulating dunes and fairways and you will lose golf balls, but  it is a most memorable experience.

Thankfully Keith Bardon of Titleist had kindly agreed to sponsor golf Balls for the team~Titleist naturally, so the pain was lessened somewhat. Thanks, Keith.

Finally, we were put up in cottages that took four people –two twin rooms en-suite, with a communal lounge and small kitchen. All complete with television and all for £60 per person per night, including breakfast. Absolutely superb venue.

A trip like this is only as good as the people that were on it and that’s what made it special!

Many Thanks to you all 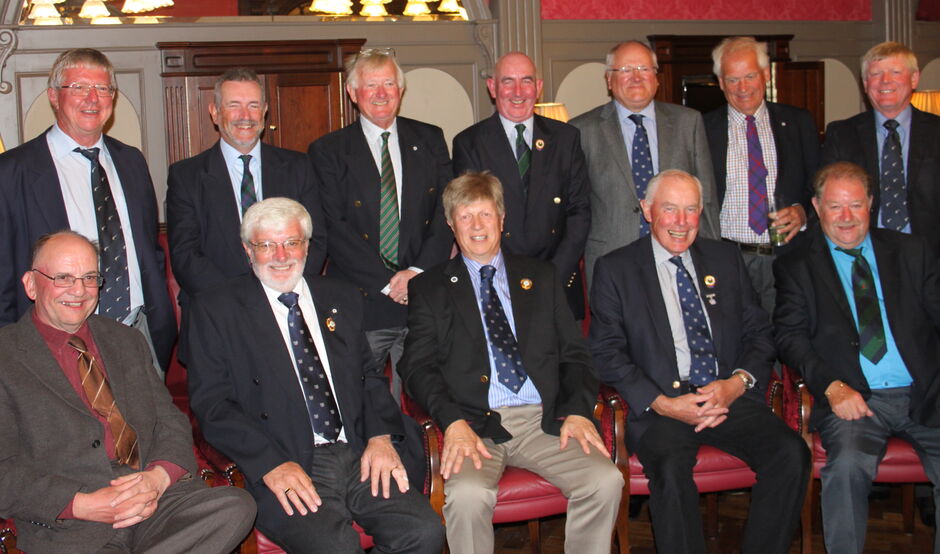 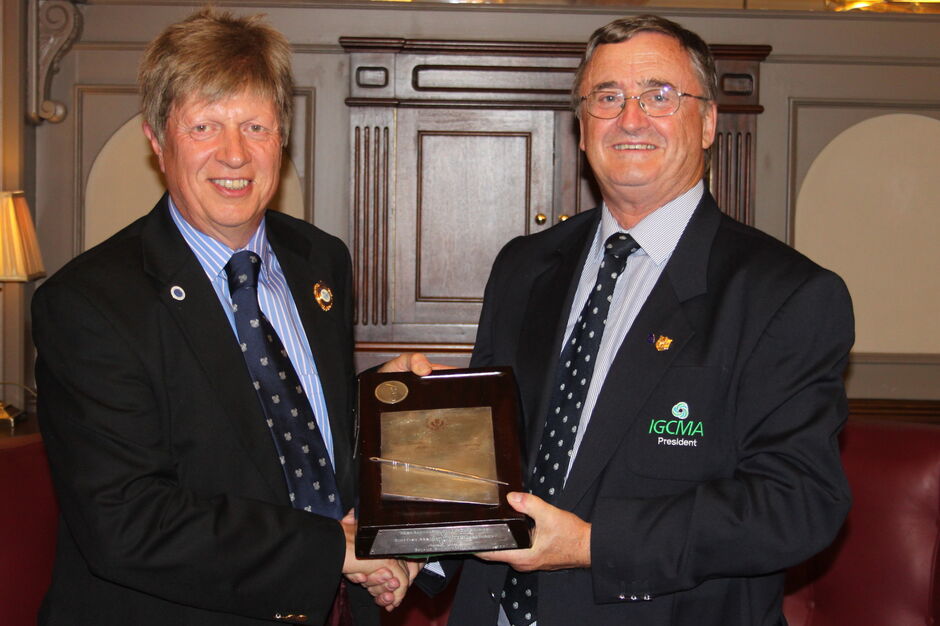