2014 Match between Scottish Region and ELPC

This match was held at Baberton Golf Club on Thursday 7th August 2014.

As a result of the (now) traditional series of withdrawals and replacements, the ELPC took to the field with a full compliment of players whilst the GCMA presented two players short.  As is the custom the non contested match was conceded and the ELPC began the day with a one point lead.

Perhaps this led to some complacancy in these usually tight fought matches for despite the ELPC racing into an immedaite two nil lead, the Scottish Regional team rallied in the middle order and ran out winners by six matches to four.  The individual results are shown below.

Following an excellent meal the ELPC President Tom Paterson graciously handed over the (stand in) trophy to the Regional Captain for the day Barry Knowles.  After agreement was reached not to have the table candle engraved with the result, both teams departed on the promise to re-engage again next year. 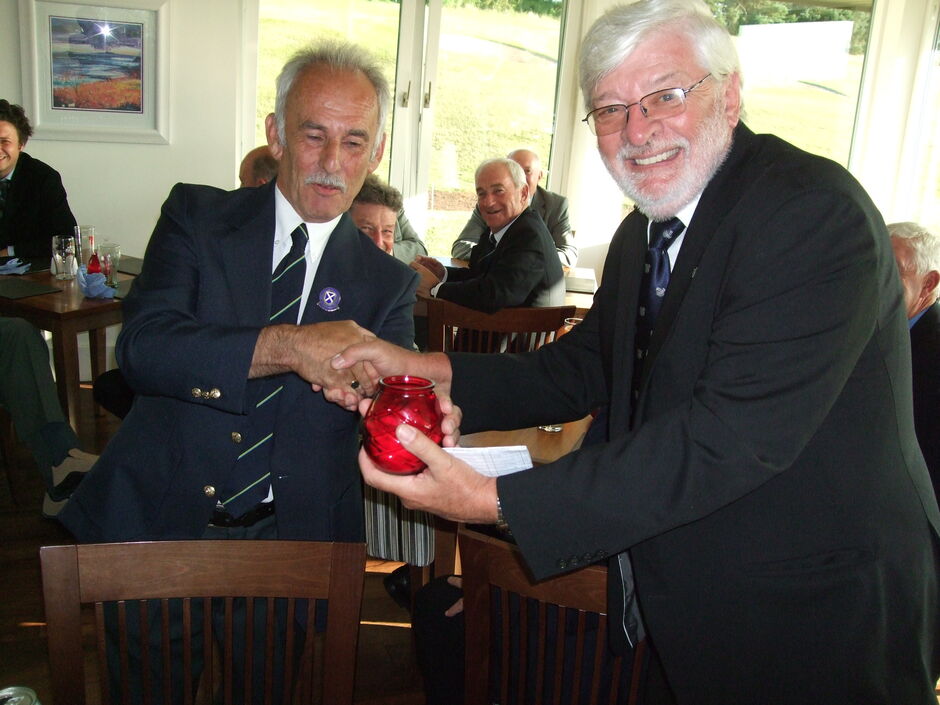