The annual match of the Scottish Region and the Clubmasters took place at Haggs Castle on Monday 6th October.

Heavy raid fell all morning and a torrentail downpour hit the course as the last match set off up the first hole.  However the weather brightened as the day wore on and the games all finished in lovely autumn sunshine.

Agreement was reached to play preferred lies from the forward tees and the Clubmasters were four to two ahead after the first six games.  The lower order of the Region however rallied and managed to squeak out a five all draw on the match.

This meant that the Region retained the trophy once more as holders.

The match next year shall be held at Kirkintilloch golf Club on Monday 5th October.

The full match result is shown below as is a photograph of Orcar Wild graciously handing over the trophy to Regional Captain, Ian Neil. 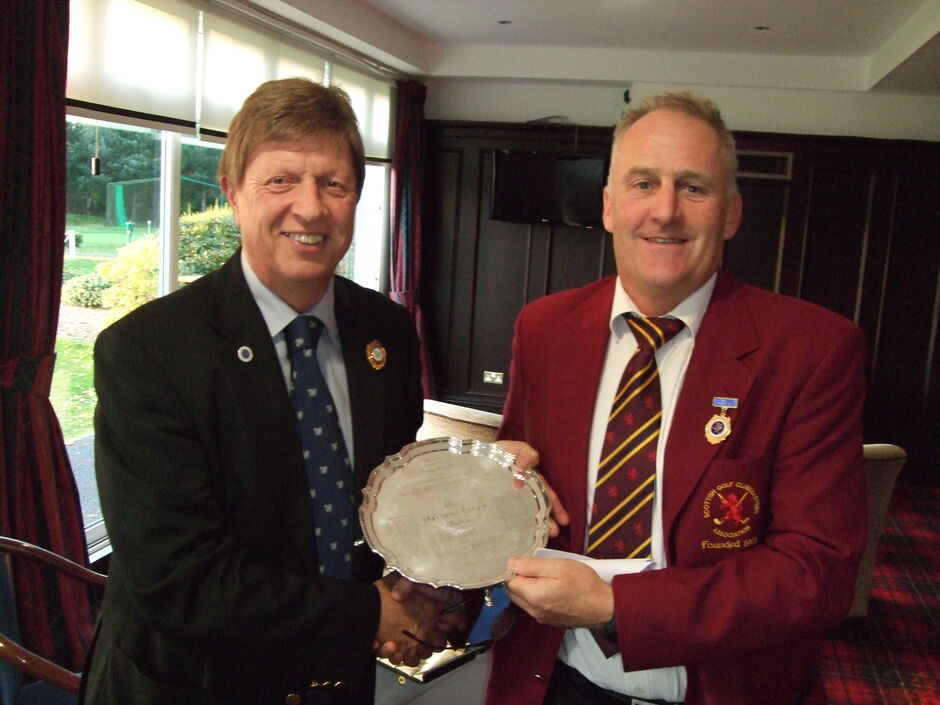