This year BIGGA were hosts and organised the match at the wonderful Lundin Golf Club.

The format had been altered to reflect the busy times in which we live and the teams reduced from the previous twenty per side to a more manageble twelve per side. It had been agreed to also amend the scoring format to 'holes up' in each match to allow everyone to compete to the last hole.

A guest match also preceeded the competitive match to include the host club Captain, Sponsor and the regional reps from both BIGGA and the GCMA. Unfortunately the GCMA team had a late withdrawal and the Regional Secretary had to prop up the team although a review of the scores perhaps brings the validity of that into question.

A new trophy had been jointly purchased with the losing team collecting the previously much prized 'ashtray' and the winning team taking possession of an impressive glass shard topped with a crystal golf ball.

Concern was expressed during the round that the new scoring format could result in a team winning five of the six matches but still losing the trophy by virtue of a severe drubbing in the remaining match.  Thankfully the trials of the Regional Secretary were offset by the heroics of the Team Captain for the day and his partner and the result shows a rare win for the Region. 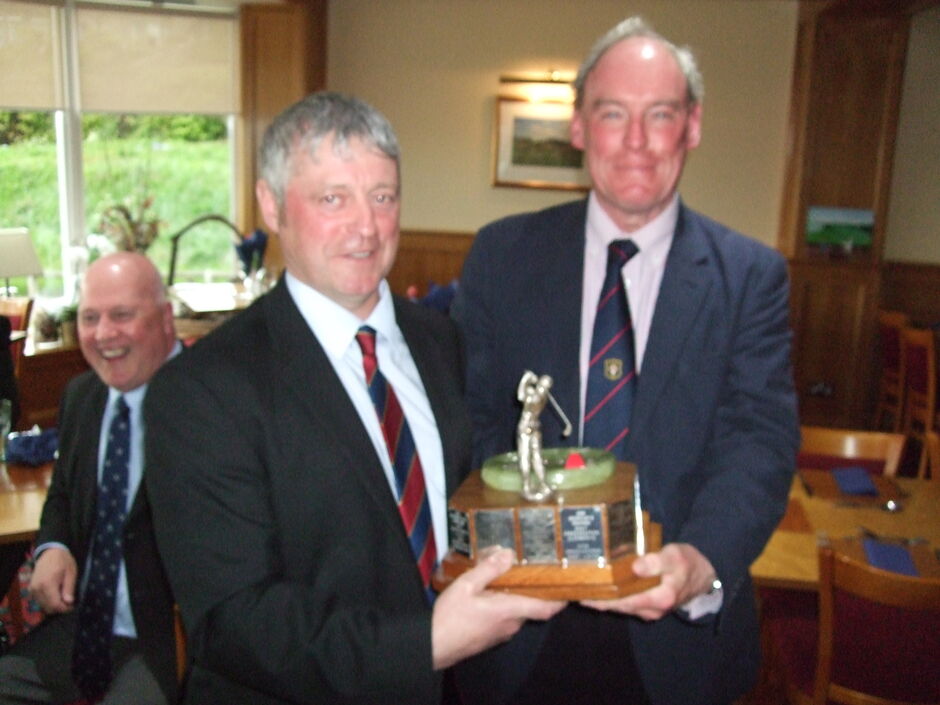 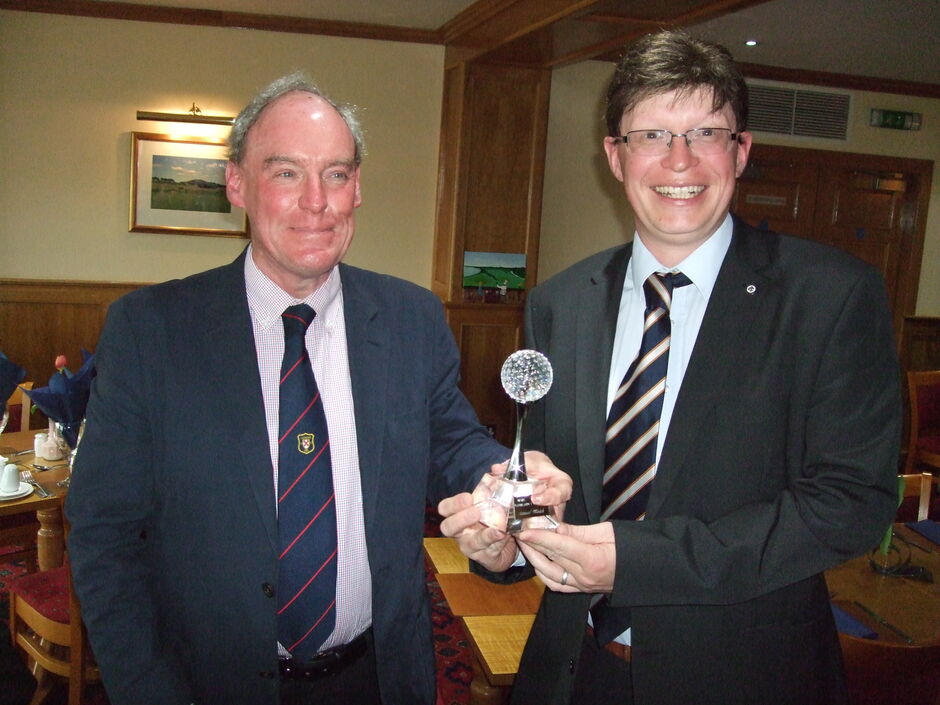 The full result was as follows;